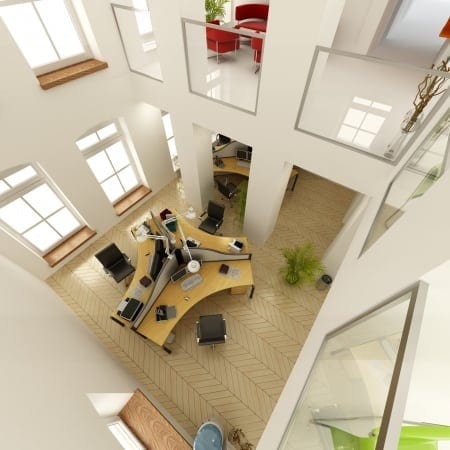 The need of desks is questionable with the increasing emphasis on modern office furniture. It encompasses technological solutions which reduce clutter to make people increasingly mobile.  In the emergence of standing desks and ergonomic furniture, the generation old desk seems to be disappearing gradually. The rents for offices are on the rise heightening pressure on the office space costs. In order to cut down on costs, companies prefer to accommodate several people in limited spaces.

Due to compact office furniture, desks are reducing in size to fit as many people as possible. Space guzzling desks placed on the corner are being replaced gradually by smaller and space effective rectangular shaped desks. Technology played its role in bringing this new transformation. About two decades ago, a desk symbolized power and was almost two meters long to accommodate big monitors, paperwork, files, and printers.

Technology has created compact spaces with the flat screens and convenient tablets. There are lockers instead of triple drawer pedestals. Owing to the cloud technology, the dependability on paper has reduced. It means that the normal desk has presently shrunk to as much as 1.4 meters. Many of these speculations have lead to a bigger debate. It questions the status of office furniture desk in this society which is dominated by convenient tablets and technology.

Employees have become less dependable on firm working stations. They have this freedom of working irrespective of location almost.  The idea of desk as a separate place may be disappearing altogether.  There are more and more employers identifying the requirement for agile spaces. It is to have a look at working styles of the other people. As per some research, many employers install desks for catering to the need of 60% of their staff. The rest is allowed to work in agile and flexible environments.

In many offices, this ratio could vary up to 50% as workers call for better collaborative spaces. It is being done to inspire knowledge or information sharing and ensure higher levels of human interaction. This includes bringing up social hubs, video conferencing zones and breakout areas. Desks are only confined to certain zones which keep the rest of the office as versatile and flexible. Such kind of structural changes are believed to attract and retain best staff.

Companies are well aware of the impact of the creation of collaborative, comfortable and flexible working conditions. The environment is believed to positively influence the mind of the working employee. Office furniture spaces allowing these people to be both mobile and agile are invariably more popular.

Desks may remain an inseparable part of most offices. However, the requirement for agile working conditions, cloud technology and rising real estate prices have lent an influence in office furniture trends. It has almost changes the perception of people in terms of privacy and personal space. Stationary desks have become surplus and grand as per requirements. Employees usually need a space to break away from open environment whenever required.